Have you ever just burst out into tears over the slightest thing?

Have you ever felt out of control of your emotions?

Being an incredibly emotion being I have experience both of these on many occasions.

I used to think it was a bad thing, a negative trait of mine to be so emotional, to be ‘over-sensitive’, however now I embrace my sensitive side as it shows how much I care and I see showing your emotions as a sign of strength rather than a weakness. It shows courage to be vulnerable, as well as honesty and openness.

However, you want to respect and acknowledge your emotions without letting them control you. 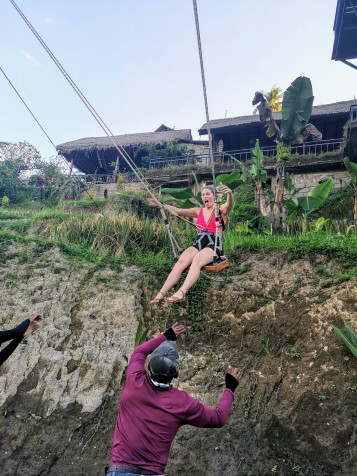 Sometimes it can be difficult to remain in control of your feelings. Personally I have found the last few months difficult to stay in control the few days before my period. It is normal for women to feel emotionally heightened at different times throughout their cycle but for me, only recently have I felt completely out of control.

Despite not liking the idea of taking something to alter my natural hormones, I went on the contraceptive pill when I started University at the request of my then boyfriend. That was nearly 8 years ago. (oosh as if!!)

Last year, after being single for a year, I decided to come off the pill. My skin was going through a bad spell and I just felt like I wanted my body to govern itself again.

Part of me hoped that coming off the pill would make my body immediately happier. That my skin would revert back to its usual clear self, my mood would improve and I’d feel all round healthier and happier as my hormones adapted back to their natural state.

This did not happen.

In fact whilst my hormones were adapting my periods weren’t as regular (not immensely irregular but just not as on it as they had been), the period pains that I used to get when I was a teen came back, my skin continued to frustrate me and my mood seemed all over the show.

Why didn’t I just give up and head back onto the pill I hear you ask?!

Well, quite simply, I didn’t want to. I wanted to see it out, to see if in time things would improve. You can’t always sprint to the finishing line, sometimes you have to take your time and move through some obstacles along the way, but it doesn’t mean the finishing line isn’t getting closer.

A year on my skin is a hell of a lot better, my periods are pretty much back to being regular and I feel so much better knowing I’m not artificially altering my body’s natural state. However…

I have noticed the past few months that the day or two before I’m due on I have been incredibly emotional; to the point where I don’t feel in control. I’m talking full on melt down territory.

It only has to be something minute and all of a sudden the flood gates open and I’m gone.

I am hoping this too will pass with time and I will eventually regain control of my emotions during this heightened time of the month. Yet in the mean time what can I do to not subject others to my incontrollable meltdowns?

Take a deep breathe and give myself some space.

Sometimes all you need is time alone. Yes there are times when company and conversation can help you deal with your feelings but when you know your emotions are slightly irrational and uncontrollable the best thing you can do, in my opinion, is to take a moment for yourself.

Find a place you can go where you can have a good old cry and let it all out. Rationalise with yourself, coach yourself through it and remind yourself that this feeling will pass before you know it.

It might take 10 minutes, an hour or even a day to just get through those feelings but then you can re join the world without the fear that you will lash out at someone who doesn’t necessarily deserve it.

Periods are natural. Emotions are natural. Don’t hide from either. Learn what you need in order to remain in control even when you are out of control.

Do you have any issues with your cycle? Or with controlling your emotions? Know you are not alone and both are natural occurrences that you shouldn’t feel embarrassed about.

BETTYOUCAN
Do you have any comments or requests please get in touch!

Qualified Personal Trainer with a passion for helping others on their journey of Self Love, Health and Happiness.